A call rings until the agent either has answered the call or a preconfigured timer has expired. In the second case, the agent is assigned the RONA status and the call will be routed to the next agent in the distribution policy. The agent can only receive incoming calls again after he has finished the RONA status.

"Toast" of a direct call (not a service call!).
(Independently whether the agent is logged into LUCS or not) 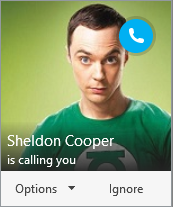 "Toast" of a service call (as well as callback).

To accept a service call, click on the toast symbol and you will be connected to the caller. 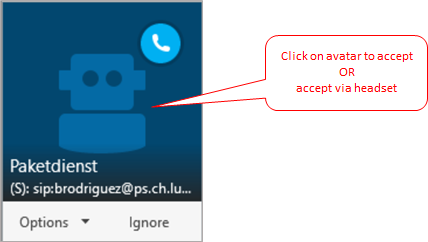 If you are unable to answer a service call you have the option to ignore the call. The call will then be placed back in the queue and a different agent will be searched. After ignoring a service call your status will be set to “RONA” and you will not receive service calls or callback tasks until you resets your Lync/SfB state. 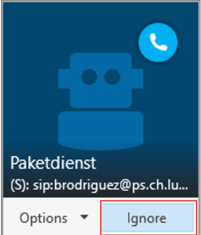 Callback requests are placed in the same queue as service calls and will therefore be distributed in the same way as incoming calls on the same service. If a callback request was scheduled the system will first try to find an agent and only initiate a call to the customer after the callback invite was accepted by an agent. 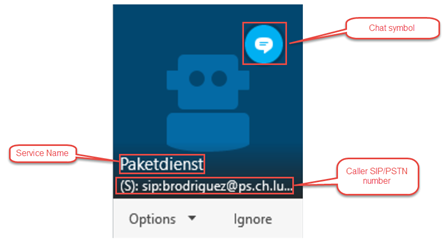 After clicking on the callback invite the callback preview time starts (if configured) before the dial-out to the customer will be initiated by LUCS. At this point you still have the option to accept or decline the callback request. 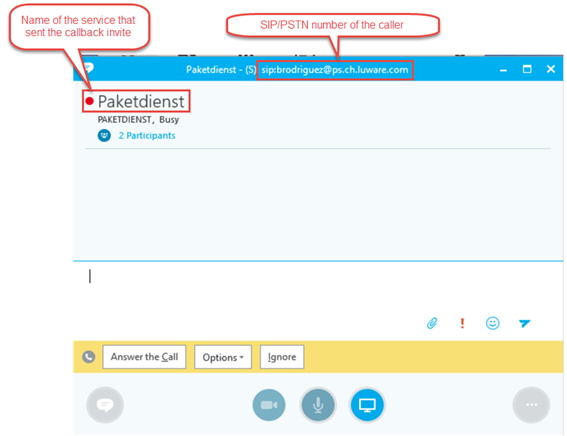 To answer the callback request and start the outgoing call to the customer click on the “Answer the Call” button.

After accepting the call a new conversation window will open and LUCS will start calling the customer. At this point the phone of the customer should be ringing. 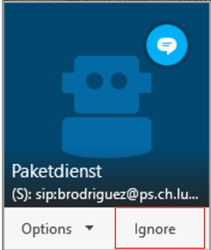 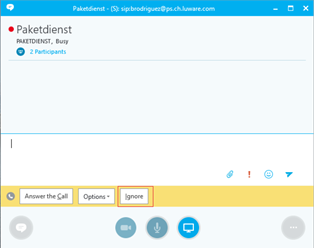 If ignoring, the callback request will be placed back in the queue and a different agent will be searched. After ignoring a callback request your status will be set to “RONA” and you will not receive service calls or callbacks until you reset your Lync/SfB state.